The MFA’s superb exhibition The Postcard Age: Selections from the Leonard A. Lauder Collection included stunning post cards of dirigibles (none of which are shown here because my iPhone photos are so crummy). As many of you know, I am obsessed with blimps. At my request, Siqi Zhu included one in the Utile City graphic he designed to adorn our self-published books and lecture announcements. Although I am not a huge Led Zeppelin fan (not a hater either), I always thought the band missed the mark by not including a zeppelin somewhere in their very groovy London art school-looking album art (see the album cover for their 2007 compilation below). My love of blimps was first stoked by a Goodyear blimp ride over the Interama site in 1974, when my Dad was on the design team for the never-to-happen world’s fair in Miami – last conceived to celebrate America’s bicentennial in 1976. Later, I always liked the way that Leon Krier included airplanes and blimps in views of his otherwise pre-modern urban visions (despite the quasi-fascist implications). More generally, I appreciate the way that dirigibles were often paired with views of modern skylines in the 1920s and 1930s as a signifier of progressive metropolitanism. 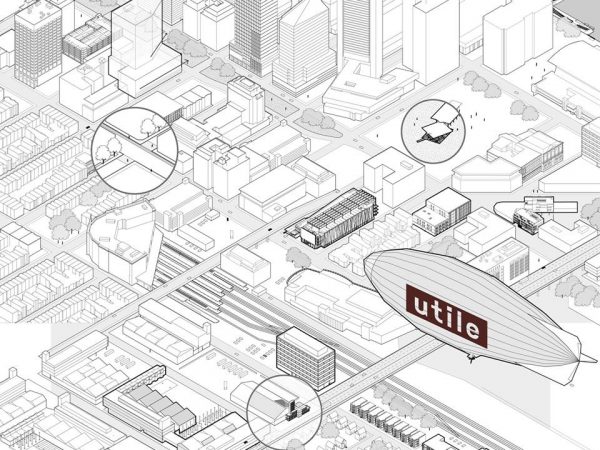