Of coffeeshops, banks and Fritz Zwicky 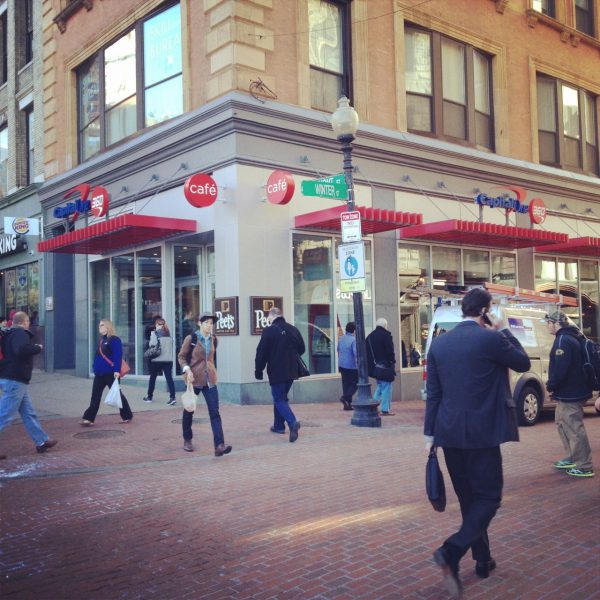 For months we’ve been waiting with muted anticipation (and frankly, apprehension) for the opening of the 360 Café– a hybrid of Peet’s Coffee and a Capital One 360 bank branch–just down the street , so that when it finally opened yesterday, the normal-ness of it all was almost a letdown.  When I stepped in during lunch break, a few professional-looking people were milling about in a setting not unlike your average neighborhood Starbucks. The only give-away were the employees, neither barista nor bank teller, who welcome you to the future of retail banking with alarming alacrity.

Certainly this is not the first time strange retail program mixes have worked (and even worked well) together; my local hipster bowling alley is attached to a pizza parlor and bar, and has taught me the unexpected delight of inebriated bowling.  But this is different: it’s a high-dollar collaboration between corporate behemoths, and in all likelihood an expensively “engineered” experience, born out of the methodology and rhetorics of innovation consultants like IDEO.

The café/bank could have, for example, come out of a “Zwicky Box” exercise, where a product—either a bank branch or a toothbrush—is broken down into  its constituent functions (“hold toothpaste”, “hold money”), purposedly reconstituted in random combinations, and repackaged as “disruptive innovations”.  Methods like these are now part of the standard lexicon of design schools and, by way of its infatuation with design thinking, business schools as well.  And as more and more industries—be it retail or health care—begin to deal with their innovation anxiety, “disruptive innovations”, of the sort embodied by the 360 Café, will only become more common.

Fritz Zwicky, Swiss astronomer, might take some credit for the 360 Cafe.

It’s instructive to think about what all this means for architects and urban designers, whose traditional purview it is to creatively imagine the use of space. Certainly many things will keep going the way they have.  But for a certain class of high-dollar, high-concept building and public realm projects, they will increasingly and somewhat uncomfortably share the job of defining program and user experience with consultants whose sole job is to “cause some trouble” with ideas and not worry about their physical materialization.  The irony is just that this latter group read the same design thinking textbooks in business school, and now justifies its value based on the same notion of creativity, of which we designers have for so long thought of ourselves as the sole custodians.