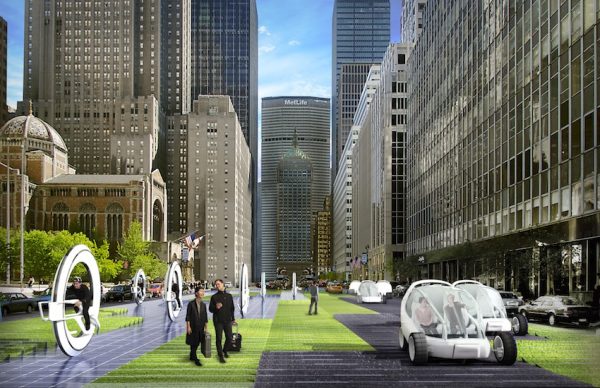 Rendering by Höweler + Yoon Architecture, one of the winners of the 2012 Audi Urban Future Award

I hosted the final review for my research studio yesterday – entitled New Life for Urban Manufacturing Districts – and we had an excellent panel that included Sal Di Stefano, the BRA’s manager of industrial districts; Kevin Hively, an economic development consultant; Northeastern professors Ivan Rupnik and Suzanne Lanyi Charles, and Siqi Zhu, currently on sabbatical at the Sensible City Lab at MIT (and returning to Utile on February 1). We both discussed the content of the final research publication and the direction each student should take with their own individual design proposals in the spring.

My one thought as I reflected on the review in the context of the continuation of our work is how the students and I will need to balance pragmatism with the maybe-competing goal to be polemical – both with each project and as a studio as a whole. I don’t think that a design studio should exactly parallel the “real world” – because if it does, it will only recreate existing conditions (physically, socially, politically, etc.). Instead, I believe in a more critical position – framed as a polemic that is still “realistic-enough” that the plausibility of the proposal might inspire people to act on the proposition.

I am saying this, because some of the feedback yesterday erred on the pragmatic side – partly given our audience. Ivan is an expert on factory production, Suzanne is a real estate analyst, and Kevin and Sal are firmly in a world where “viability” is paramount. But to counterbalance our collective reality test yesterday, I will need to help each student to frame their polemic, so that it is relevant, actionable, inspiring, and not the least bit naïve. Balancing pragmatism and a polemical position is an important skill for the engaged architect and where we each fall on the pragmatism/utopianism scale might be the best way to gauge our relative interest in seeing our ideas actualized.