Utilians recently visited the PROVA! beer garden in Brockton, MA and were impressed by how our concept has been brought to life. Earlier this year, Utile produced a sketch for developer NeighborWorks Southern Mass and general contractor NEI, who in turn built a beautiful beer garden in downtown Brockton on the future site of our 121 Main Street mixed-use housing project. We were struck by how faithfully the feeling of the sketch has been translated into reality, causing us to reflect on how we represent design intention through drawing. Utile was not deeply involved with the construction of the beer garden, but NeighborWorks was so convinced of this perceived feeling by just one sketch that they nearly identically replicated that image. 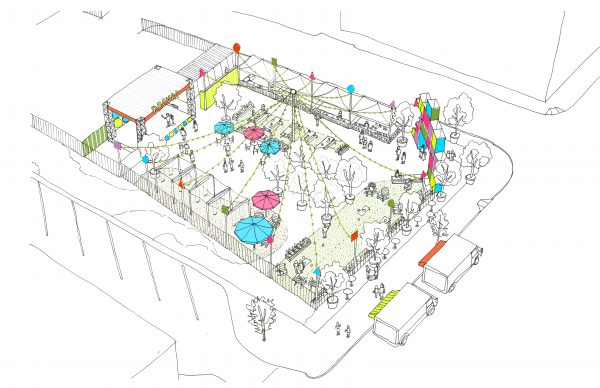 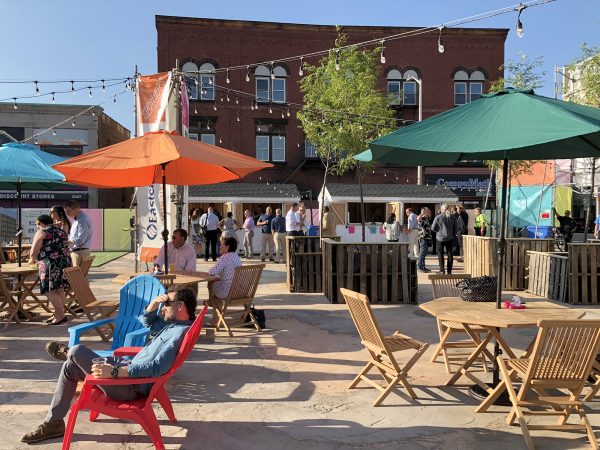 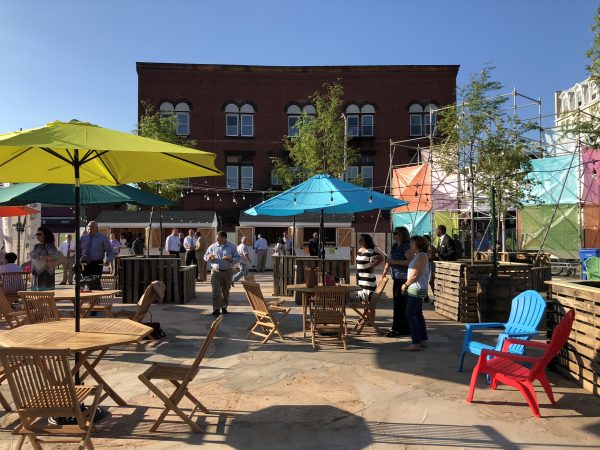 As an office and a practice, Utile does not typically consider aspects like a space’s aesthetic or form to be initial driving factors of the design process. Rather, our approach is predicated on the idea that the “beauty” of a design comes from the legibility and pragmatism of its problem solving. The careful resolution of a project’s details, its response to context, and its ability to mediate and resolve the needs of the user are what produce its appearance, not adherence to an ideologically predetermined, often arbitrary visual quality or aesthetic. However, in the case of PROVA! a certain visual quality was exactly what was needed to achieve the client’s goals of drawing people into the space and enlivening what might have been an otherwise desolate plot in the heart of Brockton. Indicative of this is the way in which NeighborWorks and NEI replicated elements of Utile’s sketch, such as the use of scaffolding to create a ceremonial gateway into the space, despite the absence of any “spec” for this material/construction method, or any inherent material “usefulness”. Rather than functionality in the traditional sense, the “utility” of Utile’s sketch for the space relies on the clever employment of everyday materials to produce an experience that is anything but quotidian. This expands the definition of what makes Utile “useful”. 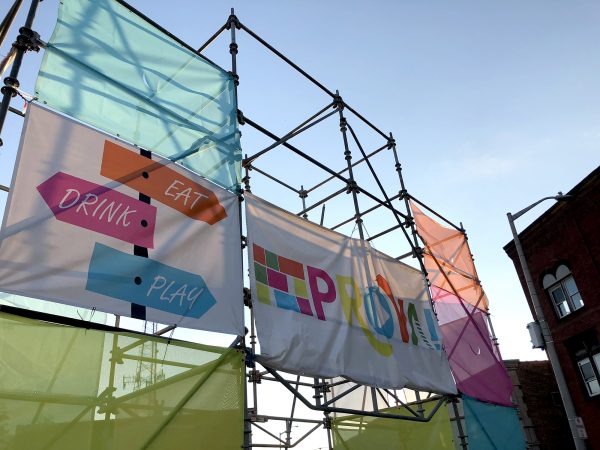 Beyond the tenure of the PROVA! beer garden, Utile designed the mixed-use development on the same site to begin construction in spring 2019. 121 Main Street builds on Brockton’s rich architectural history, including celebrated buildings in the Romanesque, French Second Empire, and French Academic styles, and will provide 44 new mixed-income residential units in the center of the city. Particularly noteworthy to 121 Main Street is the Curtis Building, directly across the street from the PROVA!/121 Main Street site. Our design picks up on the Romanesque building’s use of brick throughout, including the expression of its pilasters, the banding of its cornice, and the rhythm of its bays of paired windows. 121 Main Street also continues the translation from drawing to reality represented by PROVA! Whether at the scale of a temporary beer garden or a permanent building, both Utile’s design products in the form of drawings and documentation and our built work reflect the ethic of thoughtful economy and pragmatic decision making to achieve unexpected results. We are excited to have partnered with MassDevelopment, NeighborWorks Southern Mass, and NEI General Contracting  to bring PROVA! and 121 Main Street from drawing into reality. 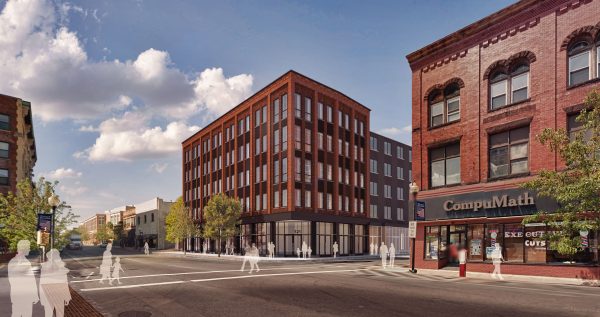 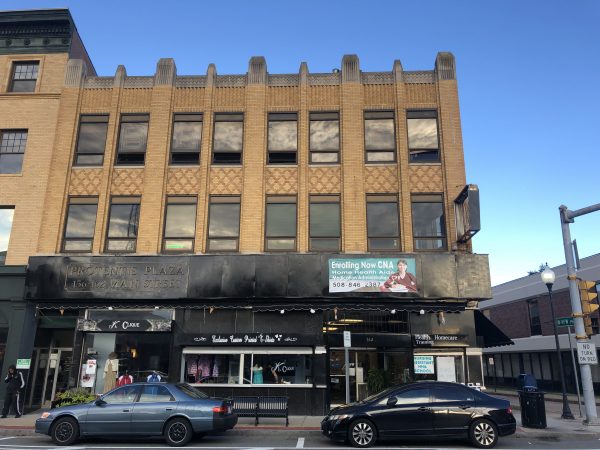 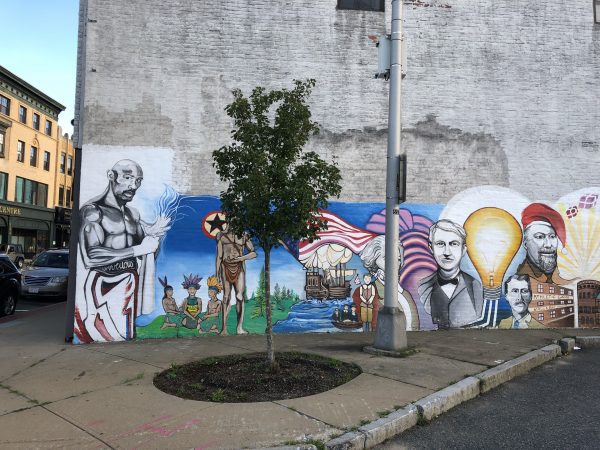